Payton’s husband is gone and she has a fantasy to play with her younger co worker. She calls him up and has him over see her sexy new dress. She takes it off to reveal sexy black lingerie ! Dirty talk and lots of teasing. Payton is primed and ready. She talks about being with her husband but imagining Greg. Greggy she likes to call out his name. She teases and plays with him, it’s all good. Then it turns out this was all just a fantasy and all that fun she had was with a toy. FYI This is the kind of Custom Order You Can Order if you want it personal. CLICK HERE FOR ALL MY PICTURES AND VIDEOS!

The DJ Tells us Why He Worships His @RebeccasOffice QOS

It has been some time since we have had Rebecca’s lovers tell us what it is like to spend time with her, so we asked him about his story with her.

I’ve known Rebecca for about 12 years now and we’ve probably had a few dozen encounters over time. Rebecca and I are from two different backgrounds, but as a black man, I’ve always had a taste for white women. But never had the opportunity to be with one. Rebecca is about 17 years older than me so being with her makes me feel so fortunate.

When I first met her, I was invited to a breeding party where about 5 or 6 couples came to a party arranged by a friend and there were about 10 of us men. I was nervous and apparently Rebecca was shy too. She had been with black men before, but she only knew one guy and he had not told her this was going to be such a big affair. There was a mixer and the wives were getting loosened up. Rebecca is not who you would think she is. She is quite reserved, but after a few drinks she becomes quite chatty. I was talking to some other guys and before you knew it, three guys had dragged her into a room. I watch with amazement as she took all three like a champ, screaming and begging for more.

About an hour later I realized that she was the wife I wanted to try. I caught her recovering later on as she was standing around in her bra and panties and my buddy introduced us and told her take me for a ride. The next thing I knew I was in a bedroom alone and she was pulling out my cock and shoving it in her mouth. She was so beautiful and talented. I could not believe it. And then when she was ready, she shoved my head between her legs. The way she moaned got me going, and she soon was begging for me. I’m a little large for most women, but it was easy but tight for her to fit me. She is a dirty talker which is a plus. Seeing this pristine lady cuss and swear just turned me on.

After that I have been hooked on her. Recently we started texting again. It was a booty call and she picked me up from work and drove us to this seedy little room. She looked great and I wanted her bad!

Let me tell you about our most recent get-together. I really love my one on one time with her and see how she responds with just me. She is not always compliant so you sometimes have to take control. CLICK HERE AND SEE WHAT THE DJ DOES WITH REBECCA

What better way to start the new decade than with 20 minutes of Rebecca in 2020?

She has become a needy interracial animal and her sexual escapades have become more real and more raw. When we were told she was headed out to celebrate the new decade, we were nervous like always, but the rawness of her sexual needs continues to amaze us and we have a front row seat.

Rebecca has become so needy she just can’t help herself, walking into cheap motels, getting drunk and letting herself be amused and satisfied by men she can’t resist. This has become the most incredible sexual experiment and we like the results. CLICK HERE AND SEE @REBECCASOFFICE IN THE WILD!

@RebeccaOffice: Once A Cheat, Always A Cheat … Video!

Young Gun is a hardbody who belonged to a group called the Mandingos that was one of the first who introduced our MILF to the pleasures of interracial love. He would bring her to gangbangs and share her with many of the other Mandingo events in the area. He would often make booty calls with little notice and Rebecca would come running. Now that Rebecca has found a more permanent boyfriend, he has been pushing to get her back into his scene with little success, so we decided to surprise her. This past weekend he came calling and we made sure they connected. She was shocked and first said that she had found her permanent black lover, but we all knew what would happen after a few drinks. She protested a little, but she was quickly reminded, and so were we, of the amazing spectacle of watching Rebecca lose control for interracial love. CLICK HERE FOR REBECCA’S PICTURES AND VIDEOS! 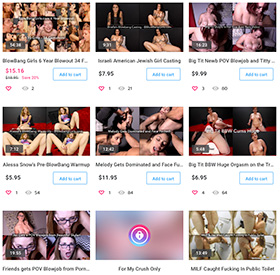 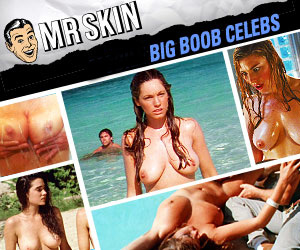